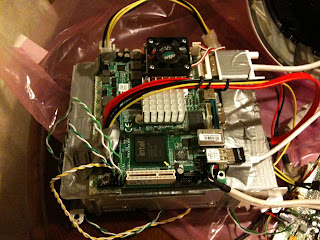 Although, I was disappointed by the limitation in operating system - I'm still excited that this is a true 20" all-in-one complete with blu-ray drive.  So, I want to make it as professional as possible.  I took the base apart to better secure everything.  Here you can see the ECX board elevated and secured to the Blu-ray drive.  I am using the native drive caddy - but did have to dremel off the top part of it to make room for the board. 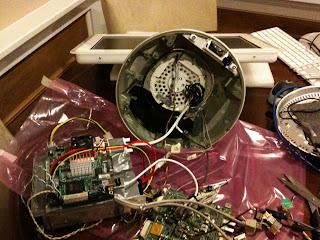 As the CPU fan fits right under the dome I elected not to add an additional case fan.  There is no hard drive or power source and this is a low power consumption board, but I may revisit this depending on my cpu temps.  I had also initially placed a wifi card at the top of the dome, but the reception was too poor, so I have removed this and will use an external usb card.

For ports, I have chosen to use mostly extenders.  I find wires easier to deal with than circuits. 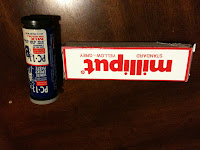 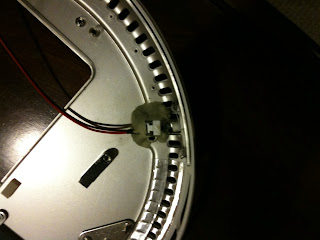 To cement things into place modeling clay/epoxy works well.  There are multiple kinds, but the basic idea is to mix equal parts to two compounds which begin to harden when combined.

The first thing I secured was the power button, placing a small momentary switch right behind the native iMac G4's power button. 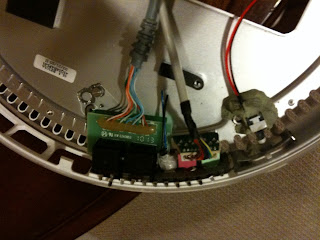 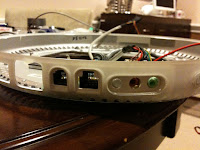 The Right sided ports were where the ethernet, modem, and audio jacks were for the native iMac G4.  I have replaced these with a ethernet splitter and the power led, hdd led.  In the picture below you do see an audio header, which I was originally going to use, however, the ECX board uses a pin layout that I was unfamiliar with.   So I held off audio out for now and incorporated the two led lights. 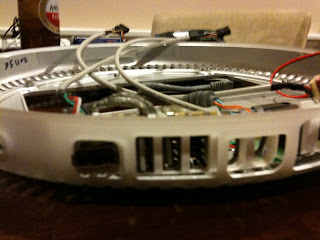 The left sided ports consisted of 2 fire wires, 3 USB and a display out.  I opened up the display port somewhat to allow another USB port.  Because I am worried about power constraints (I'm using a 60 watt power supply).  I wanted to make sure I used some powered USB slots.  Fortunately I have another power supply coming into the base in the form of the Apple Cinema Display.  The controller gives 2 USB outs.  So two from the mobo and 2 from the cinema display = 4 total.  The firewire ports i am leaving empty for now.  The cinema display does allow for 2 firewire connections and I could add a firewire PCI express at some point.  I was also thinking about cutting a hope between these and putting an HDMI extender for use as a second monitor when needed. 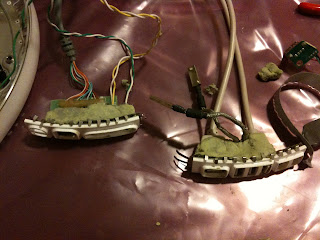 Now that I have the basic layout I apply the molding.  It usually takes a good 24 hourse to harden.  I will use the center for the two power supplies.  The DC for the motherboard will be a simple plug, but unfortunately because there is no female version of the cinema display power, I am likely going to have to simply "run the cable out the back". 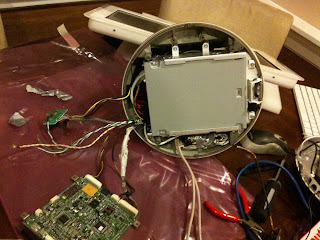 So I place the drive caddy with bluray and ECX and secure it as it was designed to be.  After the ports dry I will secure them to the bottom of the dome, secure the Apple cinema display's LCD controller to the bottom and close the base.
As always, questions and comments are welcomed.  But, this should be complete within the next few days.
Posted by JBerg at 9:53 PM