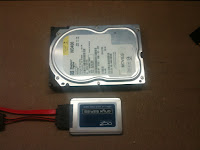 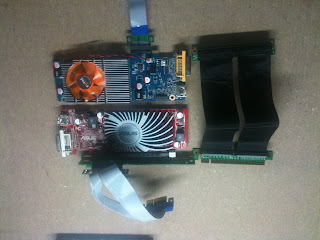 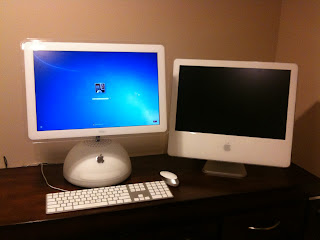 Personally, the all-in-one was a proof-of-concept for me.  I have never minded having the small footprint mini external.  This makes upgrading a snap and increases the usability of the iMac for me (I can also connect it to my macbook for more screen real estate).  What I am probably going to do is switch the bases of my last two 20" mods.  Thus, making the touchscreen/apple cinema display mod the all-in-one and the native appearing mod hook up to the external mini.  I will also likely put the bluray into the native mod that connects to the external mini.  This will allow me to add the hard drive and graphics card to make the apple cinema display/touchscreen a hackintosh/windows dual boot (the touchscreen will likely be more useful with windows).  The reason really comes down to the fact that while I think hackintoshes are good for enthusiasts - I personally don't feel secure in using them as a primary computer.  I also hope that the addition of multitouch gestures in Lion makes up for the loss of the touchscreen.  While a nice addition, the touchscreen does detract from the overall quality of the image and leaves the monitor covered in fingerprints.  I have also been working on a conversion of a broken iMac G5 to a display only.  My goal would be to have a native appearing iMac G4 and G5 as dual monitors hooked up a new mini running Lion as an homage to my favorite computer designs of all time.  So lets go apple - lets see some hardware refreshes soon.
Posted by JBerg at 11:26 PM 14 comments: