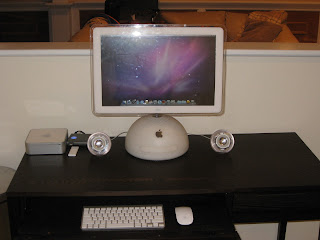 I am thrilled with how this mod came out.  Not only does it look great, but I really believe that it will stand the test of time.  It is rock solid stable and an absolute pleasure to use.  And to be honest, relatively speaking, the mod was not that difficult.  It can be done in a few days.  For those interested, I can give very detailed instructions. 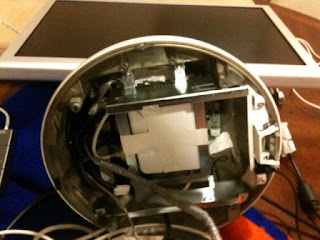 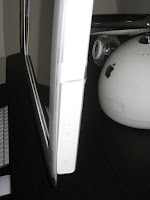 OK, I wanted to make it this all-in-one BADLY! But, after almost shorting out my itx mobo, I was in no mood to open the mac mini up and put it inside.  That said, the older generation mac mini would likely be superior to the mini itx in terms of fit.  However, the new mac mini is a no-go without serious modification to the internal faraday cage.  For now I am going to keep the mac mini external.  I may revisit this in the future, but for now, I put the power adapter, touch controller, and usb hub into the base.  I was also going to add the griffin powerwave adapter, but am considering trying to track down an iFire adapter (if the price isn't astronomical).  They both power the Apple Pro Speakers. but the iFire doesn't require external power.

Here are several additional pictures:
The ports on the back are simply a USB (to connect the USB hub), an AC cord (the cinema display power adapter is at the top of the dome), and a DVI. 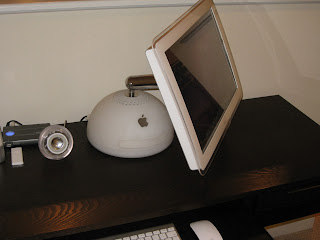 The 5 wire touch screen cable is still a little but of a work in progress.  I'm confident that Ill be able to hide it under the front bezel, but I am likely going to have to cut into the ribbon cable.  Because I do not want to damage the 20" touch screen, I have purchased, a much smaller 7" 5 wire resistive touch screen to experiment with.  But for now, this works fine. 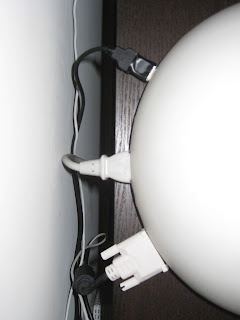 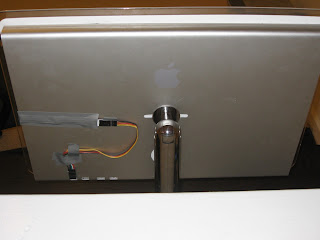 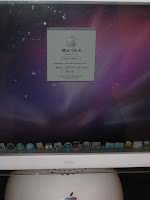 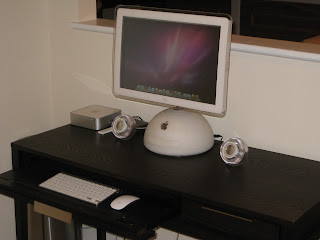 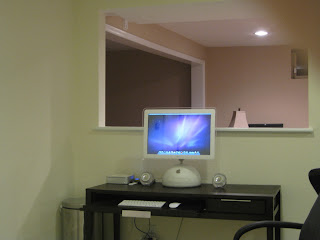 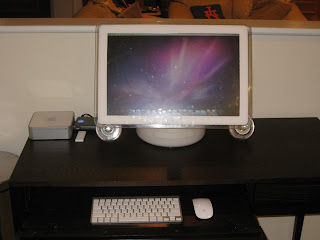 This mod has really been my favorite so far.  It feels exactly like the original iMac to me, plus the touch screen.  This was certainly not the direction I expected to go when I restarted this project, but am very happy where I wound up.  Again any comments or even constructive criticism would be appreciated.  Thanks again and happy modding!!! 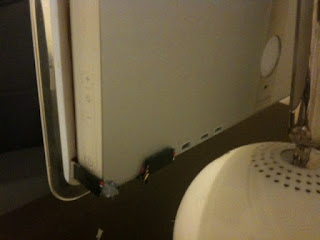