I hope this doesn't come across as preachy, but I just want to give some advice to those of you new to modding the iMac G4.  I have disassembled and reassembled this computer so many times I could probably do it blindfolded.  There are a few aspects of modding this computer that have led to a lot of frustration for me, a few pointers, hopefully, will help some of you.

1) If your goal is to connect your iMac G4's LCD to modern hardware.  Use the Native LCD with the "TMDS to DVI Method".  Changing all the wires to some other method of connection such as LVDS is very time consuming, less stable, and more expensive.  There is no reason not to use the native TMDS wires that go from the native LCD through the neck.  Apple has already done the work for you! Plus, TMDS is a digital signal that is more stable over distance than LVDS and TTL.  Apple has put the controller inside the LCD itself, with other LCDs, you would have to add one.  I have done this both ways, replacing the screen and replacing/soldering the wires takes hours and likely days.  By using the TMDS to DVI Method with the DVI Connector below, you could get a signal within 30 minutes that is superior in every way.  Which brings me to.....


2) USE THIS DVI CONNECTOR!!!  (MOLEX PN 74320-4004 - though other variations which work just as well exist).  It is very cheap and makes this mod so much easier.  I can not emphasize this enough. I know a male HDMI may be more convenient (or even a male DVI), but for the price of an adapter you will save yourself a lot of frustration.  Sure you could cut off an HDMI cable and solder it to the iMac G4's pins, but this is a much harder task than you may think.  The TMDS channel wires in the Black LCD cable are as thin as a hair and this is no exaggeration.  If you manage to spare the pins at the end of the wires during soldering this can be done.  But, as the pins are soldered to the ends of the wires themselves, they have an annoying habit of falling off when heat from a soldering iron is applied.  Also, if you make a mistake while soldering there is no going back.  As this is a digital signal, one broken connection can mean no signal at all.  What's more is that even if you do things perfectly, you can still have signal problems.  One mod that I made I had to cut and reconnect again (so I lost all the pins).  Despite a perfect connection, the image was plagued by artifact.  Another time, I had red/green pixels "dancing around" when viewing certain colors.  I ended up having to replace the entire Black LCD cable (with the TMDS signaling cable from an Apple Cinema Display which has thicker wires) to solve the problem.  TMDS uses minute differences between the positive and negative wires (and their shield wire) to communicate.  Altered resistance in the form of a little too much solder or too much wire wrapped around can result in these types of artifacts even if you are extremely good with soldering.  This DVI connector makes this almost plug and play.  The pins fit perfectly,  you don't need to solder at all.  I am not exaggerating when I say that this method saved me 10+ hours of intensive work on my recent mod.  Besides having to put a piece or two of electrical tape over some pins to prevent cross-talk, my image has been pristine every time I have used this connector.  Do not repeat the same mistakes that I have made.

3) Although no longer necessary with the TMDS to DVI Mod, if you want to add or change some wires, do not be scared to open the neck.  Its not hard, does not require special tools, and is not really dangerous.  I have written on this blog about the exploding neck because I had read about it myself.  I've had an open neck fall off the table, I've left necks open for weeks at a time, and have never had the spring fly off.  I wouldn't throw an open neck as hard of you can against the wall, but you do not have to handle it like its plutonium.  Just keep in mind that  if you do knock the spring off its moorings it takes a lot of work to pry it back up into position.

4) If you need to add wires to the neck, do not put more/thicker wires into the neck than it can hold.  Just because you can get it through the holes does not make it a good idea.  When you overcrowd the neck, you'll start to hear grinding and some wires will wear down as they are pushed into the hinges of the neck.  The iMac G4 has 4 wires that go through the native neck.  When you replace wires, take out what you're not using and aim to have about the same "volume of wires" as the native neck comes with.

5) Get rid of the Torx-6 screws.  These are the most troublesome screws I have ever worked with.  On the bottom of the 17" and 20" iMac G4's monitor housing you will find 3 screws that require a Torx-6  screwdriver to open.  These are the screws that keep the monitor housing closed.  I have never seen screws that strip easier despite using the appropriate tool.  6 points on a tiny screw is very close to a circle and once you start stripping it - its already too late.  Chances are good that you may have to open up the monitor housing again at some point for upgrades, repairs etc.  Act preemptively and replace these with small phillips screws - it will save problems later.

5) Want an All-In-One? Consider an 3.5" ECX or other small form factor board.  Although mini-itx or a mac mini motherboard are the most popular choices neither of these is ideal from a size/heat perspective.  ECX's can fit at the top of the dome in place of the native HDD where heat won't be as big a problem as it would with a mini itx at the bottom of the dome.  They don't require an atx power supply and come with a variety of additional options including PCI-E mini or x4, Compact Flash etc.  Processors range from Atom to AMD Fusion to Sandy Bridge Core i processors.  This allows you to keep the full 5.25" drive if you want and allows room at the bottom of the dome for ports at the back.  Although not nearly as expandable as a mini-itx mobo, with such limited space in the dome, this isn't likely to matter.

6) Do not sacrifice stability for power.  The mods I've posted usually don't include the mods which failed.  Most of these initially worked but failed because I tried to force things.  If you have to use all your strength to push your mod closed to screw it in, it will not last.  If you cram things in between the motherboard and the air holes, your board will overheat.  Keep expectations in check.  If you have a 17" monitor running at 1440x900 you don't need SLI or Crossfire.  Having it turn on and having a critical problem like this is worse than it not working at all.  If it does not turn on, you can start troubleshooting what went wrong.  These problems (like my 20" TMDS to LVDS with too many wires through the neck) usually require a complete redesign and many of the parts have to be repurposed or replaced altogether. 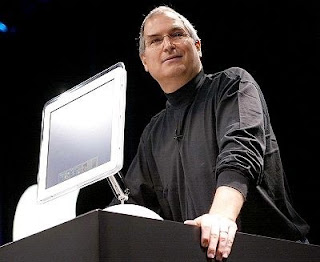 Although this mod would involve tradeoffs including louder fans, loss of the optical drive, and loss of the exact iMac G4 appearance, there are clearly advantages as well.  The iSight, LED backlights, and touchscreen in particular are things I would love to add.  Any suggestions would be appreciated.
Posted by JBerg at 11:00 PM 12 comments: